The final act of Q3 earnings season is upon us, the time when we begin to hear from US retailers. Next week big names in the space, such as Wal-Mart, Target, TJX Companies, Home Depot and Lowe’s release results that will show how the third quarter performed which includes back-to-school shopping, and will give investors an idea of how the holiday shopping season is faring. Also expect to hear comments about the impact of inflation, which perhaps will turn more positive given Friday’s better-than-expected CPI report which showed that the inflationary environment may be easing.

With 91% of companies reporting at this point, S&P 500 EPS growth for the quarter remains at 2.2%, unchanged in the last two weeks. This is a 0.5 percentage point decrease from where expectations stood on Sept 30, and marks the lowest growth rate in two years. (Data from FactSet).

Forward looking estimates are also being revised downward, with Q4 expectations turning more negative in the last week, now anticipated to report a YoY decline of 1.7%. Calendar year 2023 estimates still remain inflated at 5.8%, but that number has started to fall (from 8.1% on September 30) as analysts downgrade due to the strong dollar, economic slowdown and the fall of some big tech names. That number still seems way too high, and will likely continue to fall as we get into the new year.

The Retail Parade Kicks Off this Week 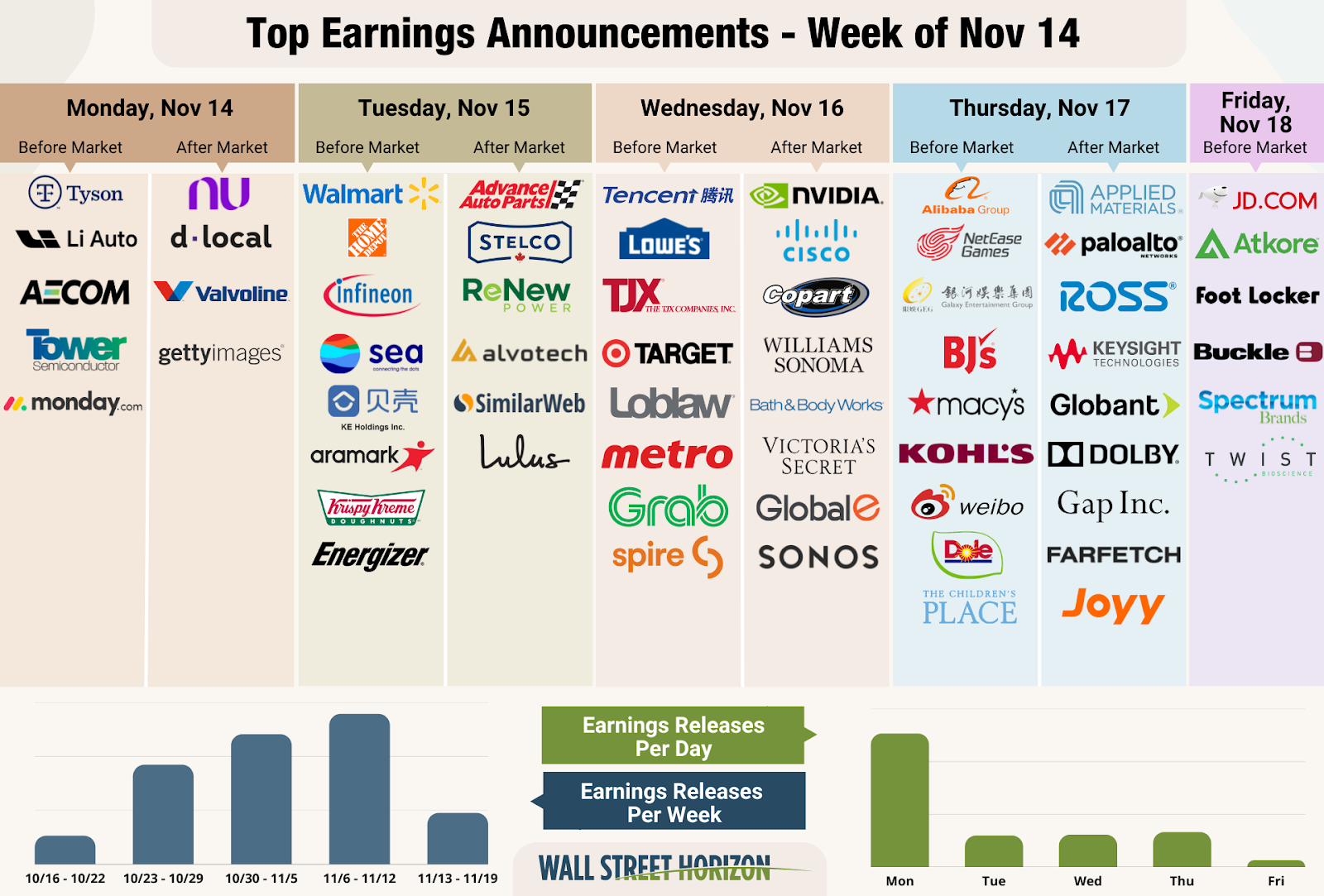 When a company fails to confirm their earnings date around the same time that they have historically, it often positively correlates with a delayed report which then signals bad news is coming on the earnings call.  The Confirmed Date Factor captures to what extent the newly confirmed earnings date conforms to a company’s history or represents a significant outlier, whether notably earlier or later dates than past behavior. Wall Street Horizon findings show there is valuable information to be gained by analyzing Confirmation Timing events and has seen that firms reporting earlier than usual exhibit positive abnormal returns. Likewise, companies that confirm later than average typically exhibit negative abnormal returns.

Currently Salesforce is uncharacteristically late in confirming their earnings report date for the third quarter. In recent years CRM has confirmed their Q3 earnings date around November 3, with a standard deviation of +/- 4.5 days. At the time of writing (Friday, November 11) CRM was 8 days past their mean confirmation day.

Like other names in the tech space, Salesforce is dealing with tougher business conditions that include higher prices and interest rates, as well as the possibility of a recession next year. In response to these headwinds, CRM let go of nearly 1,000 employees on Monday. That move was welcomed by investors who took the stock ~13% higher last week. These cost cuts won’t be reflected in the Q3 report which is expected to show profits were negative YoY for the fifth consecutive quarter, and that revenue growth fell to its lowest level in over 15 years

This week 1,130 companies anticipated to report (out of our universe of 9,000 global names). Thus far 88% of companies have confirmed their earnings date and 76% have reported. 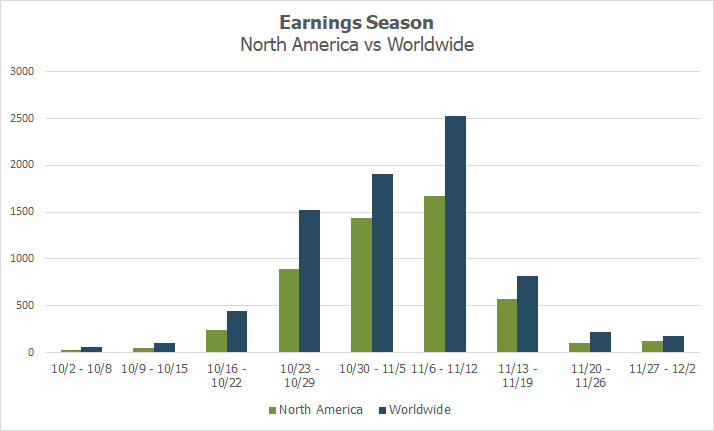