After banks disappoint, earnings season forges on with the start of big tech reports

After getting off to a rough start with poor results from JPMorgan, Morgan Stanley and Wells Fargo, results from Citigroup on Friday and Goldman Sachs on Monday morning showed strong equity and bond trading helped offset poor investment banking revenues and higher costs. Those strong results weren’t enough to help the sector at this point, or the overall S&P 500.

Disappointing bank results further solidified the Financials sector as the biggest laggard of the season, with expected EPS growth falling to -25.2% (from -23.9% on July 8) and revenue growth of 2.0% (from 2.3% on July 8). Blended profit growth for the S&P 500 also took a dip, falling slightly to 4.2% from 4.3% the week prior. (Data from FactSet).

The LERI (Late Earnings Report Index) encapsulates this sentiment. It looks at the number of outlier earnings date confirmations and whether companies are confirming earnings dates that are later than they have historically reported, or earlier. A LERI reading over 100 indicates more companies are delaying reports, and is meant to be watched carefully.  Thus far we see a LERI of 109 for the Q2 season, just lower than the 5-year average of 111, but notably higher than the last 5-quarter average of 77, suggesting the good times corporations enjoyed in the post-COVID bull market are slowly starting to fade. In terms of raw numbers, 34 companies have confirmed earlier Q2 earnings dates, while 41 have confirmed later than normal earnings dates. 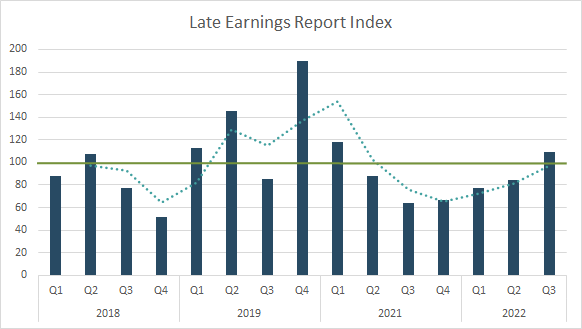 Not Quite Peak Earnings Season

Peak earnings doesn’t kick in until next week, but we can still look forward to a packed calendar this week. We’ll get highly anticipated results from the likes of Netflix, Tesla and Twitter, hot off the heels of their layoff announcements. Several Health Care names report this week as well, including Johnson & Johnson, Novartis and Biogen. 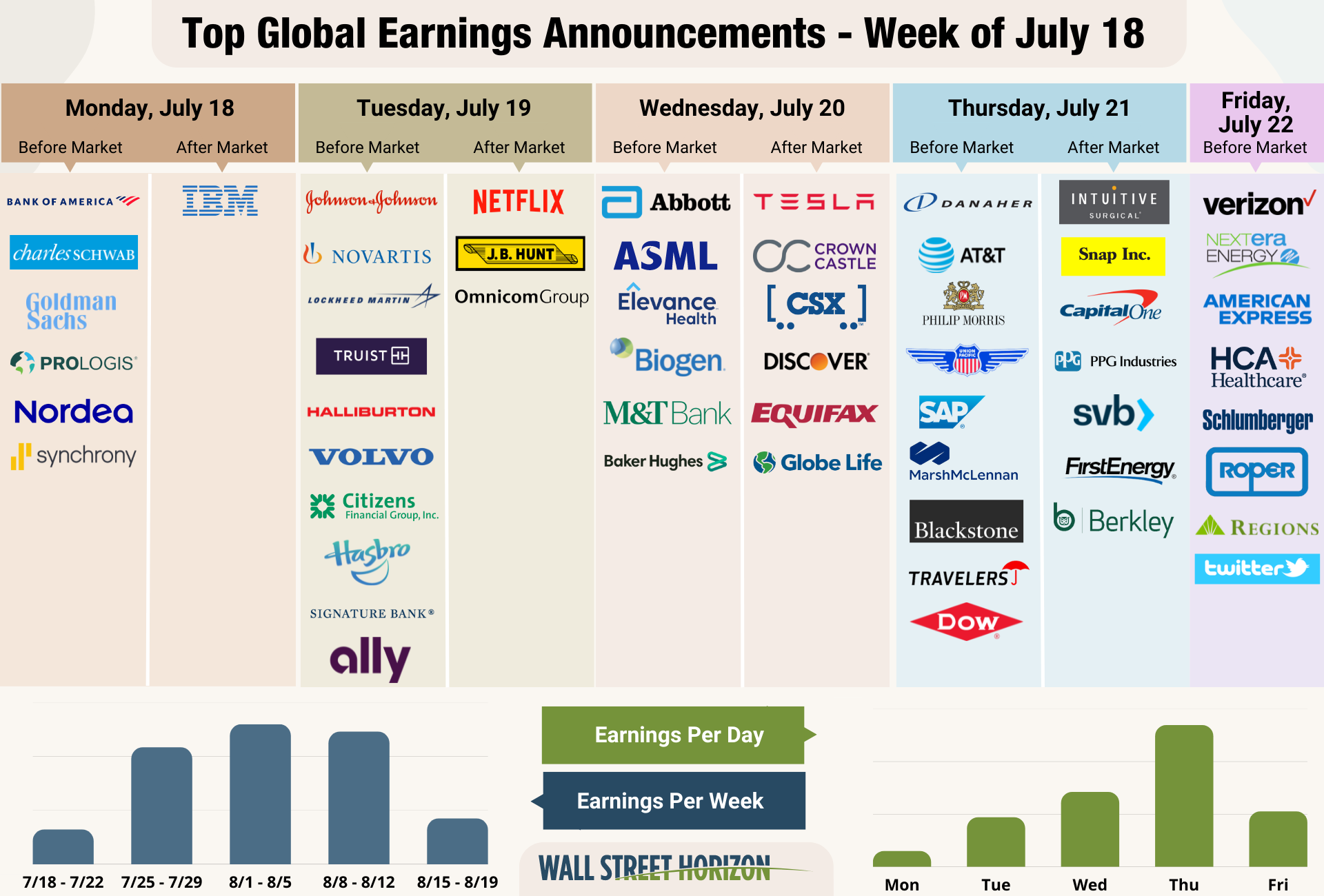 This season peak weeks will fall between July 25 - August 12, with August 4 predicted to be the most active day with 1,079 companies anticipated to report. Roughly 50% of companies have confirmed at this point (out of our universe of 10,000 global names), so this is subject to change. The remaining dates are estimated based on historical reporting data. 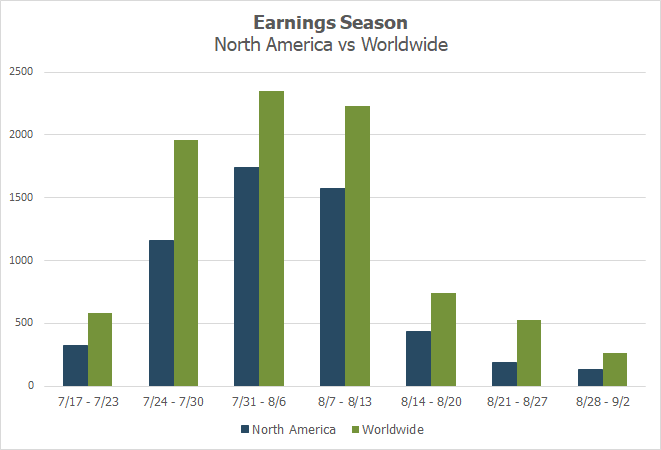