International markets took a nosedive yesterday, in part led by the sell-off that started in Chinese equities due to the troubled property market there and a brewing liquidity crisis for some Chinese real estate companies. Fears of a global contagion then swept US markets which fell the most since May 2020.

US companies that were most affected were those with greater exposure to China. According to FactSet, over a fifth of all S&P 500 companies derive more than 50% of revenues internationally, and specifically 25% from APAC. Topping the list is Las Vegas based casino operator, Wynn Resorts, which received 69.8% of revenues from China in 2020 due to its presence in Macau, the largest gambling hub in the world.¹ Also topping the list are tech companies such as Qorvo, Intel, Apple, Nvidia, which all rely on China for a significant portion of yearly revenues.

While the Hang Seng Index started to crater in July as H1 reports from those companies were released, we started to notice something more concerning in dividend policy. Since July 1, 41 Hong Kong based companies in our universe have announced or paid dividends. Of those, 66% announced a decrease, 20% increased and 15% had no change. This is compared to the 2935 global stocks that issued dividends since July 1, of which only 13% announced a decrease, 25% increased and 61% remained unchanged. 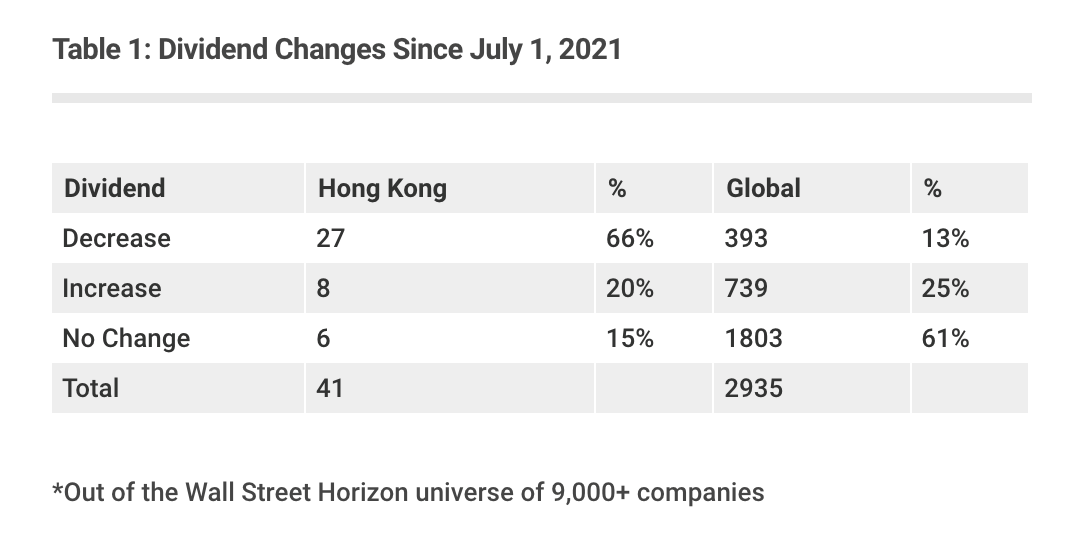 If you look at the sector breakdown for Hong Kong, most of the declines were unsurprisingly in the property sector due to the continued real estate crackdown through the “Common Prosperity” campaign.

Overall you can see dividend increases tend to outpace decreases, although in Q3 we have noticed the overall number of decreases tick up. 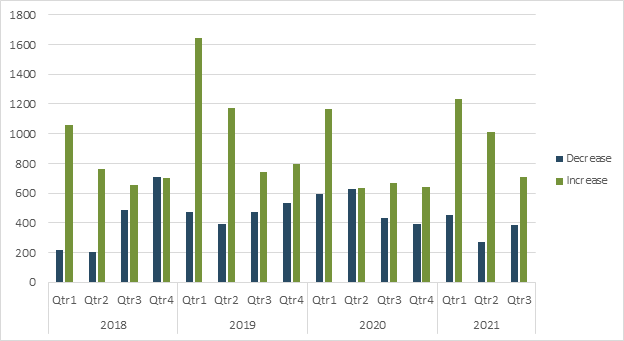