Corporate profit growth heads into the final peak week of Q3 earnings season stronger than it began. With 85% of companies reporting at this point, S&P 500 EPS growth for the quarter remains at 2.2%, unchanged from last week. This is a 0.5 percentage point decrease from where expectations stood on Sept 30, and marks the lowest growth rate in two years. (Data from FactSet)

As with every earnings season, a majority of blue chip names are beating analysts’ expectations, but at a much lower rate for Q3. Currently 70% of companies have surpassed sell-side profit expectations, as compared to the 5-year average of 77%. The percentage by which companies are beating is also subdued at just 2.2% vs. the 10-year average of 6.5%. (Data from FactSet).

Forward looking estimates are also being revised downward, with Q4 expectations turning negative in the last week, now anticipated to report a YoY decline of 1%. Calendar year 2023 estimates still remain inflated at 5.9%, but that number has started to fall (from 8.1% on September 30) as analysts downgrade due to the strong dollar, economic slowdown and the fall of some big tech names.

Despite the volatile earnings season, companies continue to engage in and authorize share repurchase programs, a benefit to shareholders. It is expected that 2022 will be a record for total dollars used to buy back stocks at an estimated $1T, surpassing the previous record last year which topped $900M. This is ahead of the new 1% buyback excise tax set to begin in January 2023.

What will the Last Week of Peak Earnings Season Bring?

This week we get Q3 results from 33 S&P 500 companies from a smattering of sectors. Big names to watch include Lyft (LYFT) after their recent announcement of a significant workforce reduction, TripAdvisor (TRIP) for a further read on the travel industry and Walt Disney (DIS) for an update on the streaming wars. We also start to get results from some apparel and accessories names such as Tapestry (TPR), Ralph Lauren (RL) and Warby Parker (WRBY). 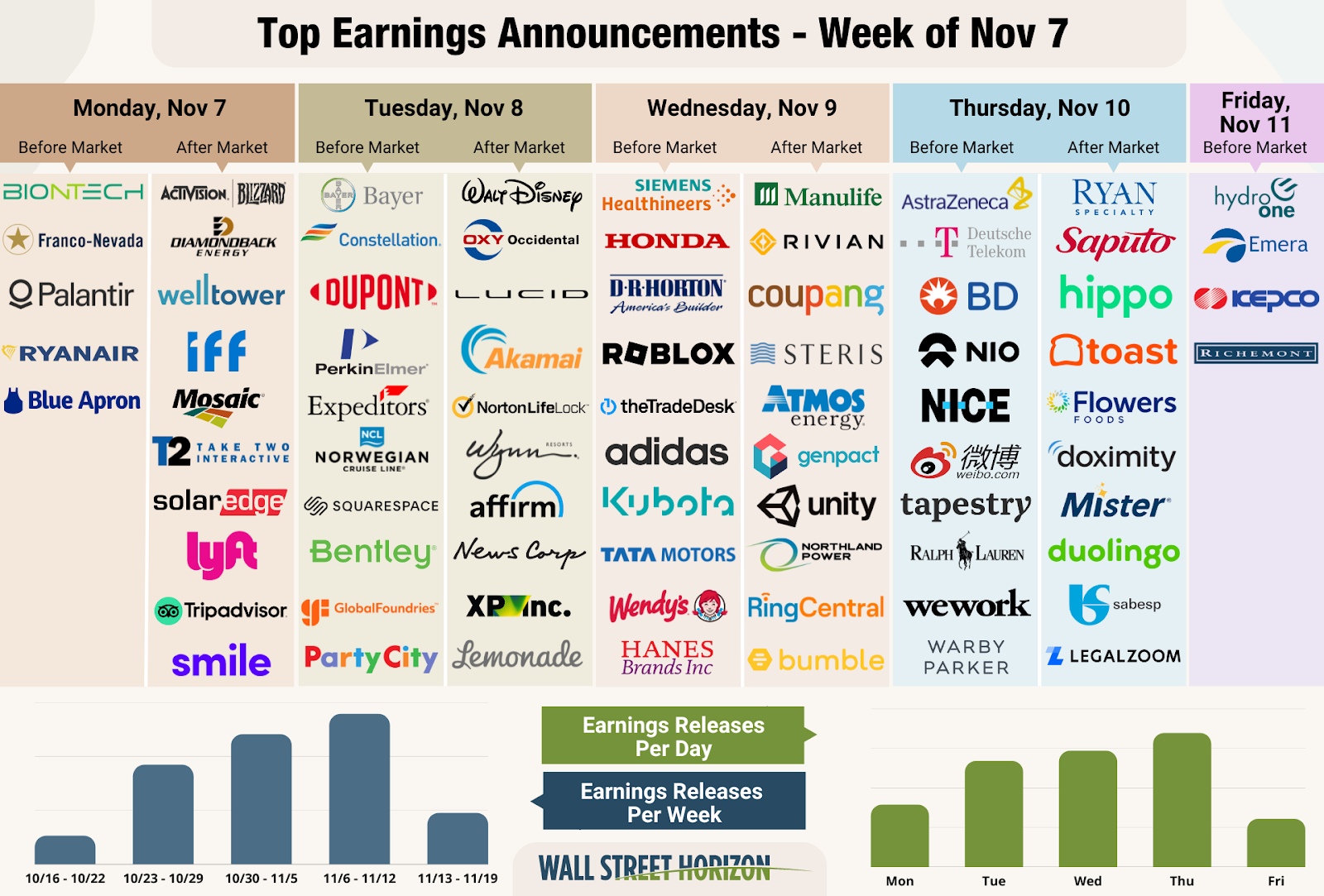 Potential Surprises in the Week Ahead

This week we get results from a number of large companies on major indexes that have pushed their Q3 earnings dates past their historical norms. Five companies within the S&P 500 confirmed outlier earnings dates for this week, all of which are later than usual and therefore have negative DateBreaks Factors*. Those five names are The Mosaic Company (MOS), NiSource (NI), DuPont de Nemours (DD), Steris (STE), and Becton, Dickinson & Company (BDX).

NiSource typically reports Q3 results during the first week of November, and they have done so for the last 8 years. There is no day of the week trend, but over the last four years NI has reported on a Monday or Wednesday. The confirmed report date of November 7 is five days later than forecasted, potentially signaling bad news will be delivered on the upcoming call.

Dupont historically has reported Q3 results during the last week of October or the first week of November on a Tuesday or Thursday. As such, a report date of November 2 was set. On October 20 DD confirmed an earnings report date of November 8, the latest they’ve reported third quarter results in our 7 year history for that name. This also continues the trend started last year of Tuesday reports, after regularly reporting on Thursdays.

Becton, Dickinson & Company typically reports their fiscal Q4 results during the first week of November, on a Tuesday or Thursday. On October 13 the company confirmed they would release results on November 10, their latest report date in our 10 years of BDX data. This suggests they will share bad news on the call.

This is the last peak week of Q3 earnings season with 3,026 companies anticipated to report (out of our universe of 10,000 global names). November 10 will be the heaviest report day of the week with 880 companies expected to report. Thus far 80% of companies have confirmed their earnings date and 47% have reported. 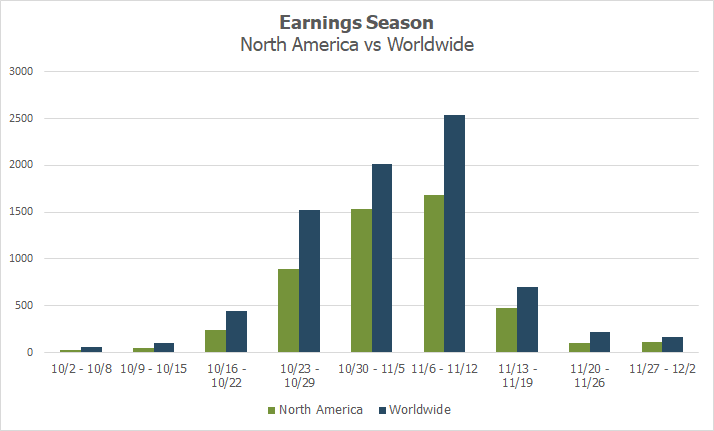