The scheduling of corporate events such as earnings release dates can point to significant, untapped sources of alpha, as firm-initiated revisions to expected earnings announcement dates are strong predictors of firms’ upcoming earnings news.

In poker, a “tell” is a subtle, unconscious change in a player’s behavior that gives clues about that player’s assessment of his or her hand. Players who can observe and understand tells gain distinct advantages at the table.

The notion of tells has been exaggerated in popular culture; one example is the classic 1998 poker movie “Rounders” where Matt Damon’s character, Mike McD, realizes his rival – a Russian gangster portrayed by John Malkovich – breaks his Oreo cookie in a certain way when he is bluffing. 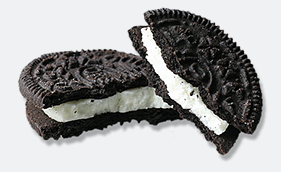 While that makes for entertaining and dramatic cinema, many tells are much more subtle. This type of body language that we see in our everyday life can also be applied to the investment world. For example, let’s say a company such as Apple moves their earnings call from before to after the bell –  there is data in that movement that Apple is unwittingly giving off about its corporate financial health.

Academic studies have shown that when a company moves a date forward from the expected earnings announcement date they tend to beat expectations and when a company moves a date back they tend to miss expectations.  The paper Time Will Tell, authored by Travis Johnson/University of Texas and Eric So/MIT, shows these signals can be observed and acted upon by traders in the minutes, hours, days and weeks before and after a corporate event.

First, let’s agree there are certain commonalities in how most humans deal with news. When there is good news, people are excited to share. Conversely, when there is bad news to deliver – people tend to postpone, wanting to soften the impact. That is simply human nature.

Where and how does this human trait show up in corporate event scheduling? The answer is in timing changes, and what those changes reveal. Just as poker players often have tells, companies also give signals that are remarkably similar to human body language and you can derive information from what companies do rather than what they say. 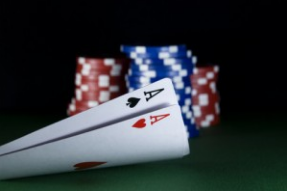 Institutional Investor recently wrote on article on the comparisons between poker and investing. In the article, it states the reasons why some Wall Street analysts excel on the poker front is because in both scenarios, you need the ability to take in a lot of information and process it down to the best conclusion.

Though companies provide information to constituencies all the time, the unspoken cues found within the scheduling of corporate information announcements often provide the earliest indications that something really good or bad is about to happen in a company. The most common examples include earnings date revisions, stock split timing shifts, and changes in participation at investor conferences.

For those who know what to look for, how to interpret these signals and are able to act on them, these tells can reveal sources of alpha that others don’t see. That valuable market intelligence can inform strategies and create openings to capitalize on opportunities or sidestep risks.

You bet! Know what to look for and see it before your competitors

Do moving earnings announcements provide ex ante signals about those firms’ subsequent performance? Also, do traders and investors see and understand the clues embedded in these scheduling changes, and are they reacting to them in a timely manner?

Research and experience have shown us that ex ante signals emanate from firms’ events scheduling. Specifically, “advancers” subsequently announce greater return on assets (ROA) and changes in ROA and have more positive earnings surprises compared to “delayers”. The extent to which firms advanced their earnings announcement dates is proportional to the magnitude of their good news. Collectively, the data points to earnings calendar revisions as having strong predictive power for subsequently reported earnings.

Presently, many investors are missing these all-important tells. Identifying them can give investors an edge, like a poker player at a table who has identified an action that gives away the strength of his opponent’s hand.

There are many similarities between Wall Street and poker: those who are successful think quickly on their feet, are able to calculate odds to make informed decisions and stick with long-term strategies despite losing money in the short-term. Perhaps most importantly, both are able to spot valuable trends and information “in the cards” that others are missing.