What a difference a year makes in the capital markets. November 2021 was perhaps the height of speculation with many stocks and cryptocurrencies notching new all-time highs while interest rates were stable, and IPOs were plentiful. Fast-forward to today, though, and it’s big news when an exciting IPO prices and then celebrates its first day of trading on the secondary market.

IPOs: Out. Spinoffs: In.

Spin-offs have become the new IPOs. While the annual count of IPOs is down a massive 59% from a year ago, Wall Street Horizon’s corporate event data, which covers 9,000 companies worldwide and more than 40 event types, show a significant increase in spinoffs over the last four quarters. Through Sept. 30, there have been 40 significant spinoffs matching the amount from the 12 months ending June 30, 2021, for the highest since 2016. 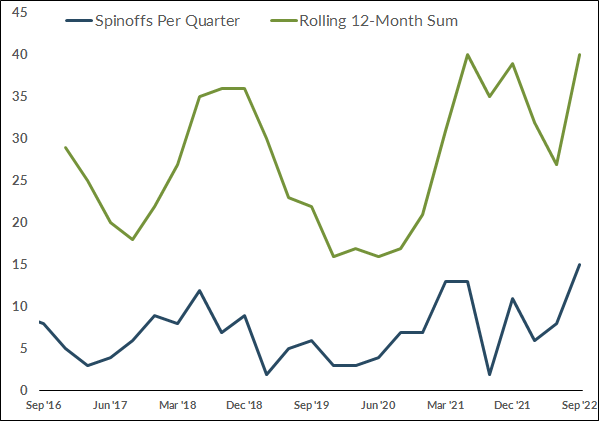 A company might elect to spin off part of its business for a variety of reasons. Often, a management team looks to streamline its processes to focus on its core competencies. Investors sometimes take a shine to stocks that divest one niche to devote more energy and financial resources to what’s working. The new firm can then take its own path without the red tape of being part of a conglomerate. Recall the 1990s when General Electric (GE) tried to put its hands in too many parts of the business world. Shares went on to underperform the broad market for decades to come. While just one example, becoming a behemoth does not always work out in the long-term best interests of shareholders.

A characteristic among spinoffs is that the new public entity often gets bid up during its initial days of trading. What instantly comes to mind among seasoned investors is the famous (or infamous) corporate event in which 3Com carved out Palm near the height of dot-com mania. The story is now part of behavioral finance lore as 3Com, the parent, sold 5% of its stake in Palm through an IPO. The offspring company skyrocketed to, at one point, $165 per share, up from the offering price of $38. That share price made Palm worth more than 3Com – which still owned most of Palm!¹

Today’s market is, of course, nothing like that. But let’s look at four recent announcements and deals to get a feel for the temperatures of the capital market waters. 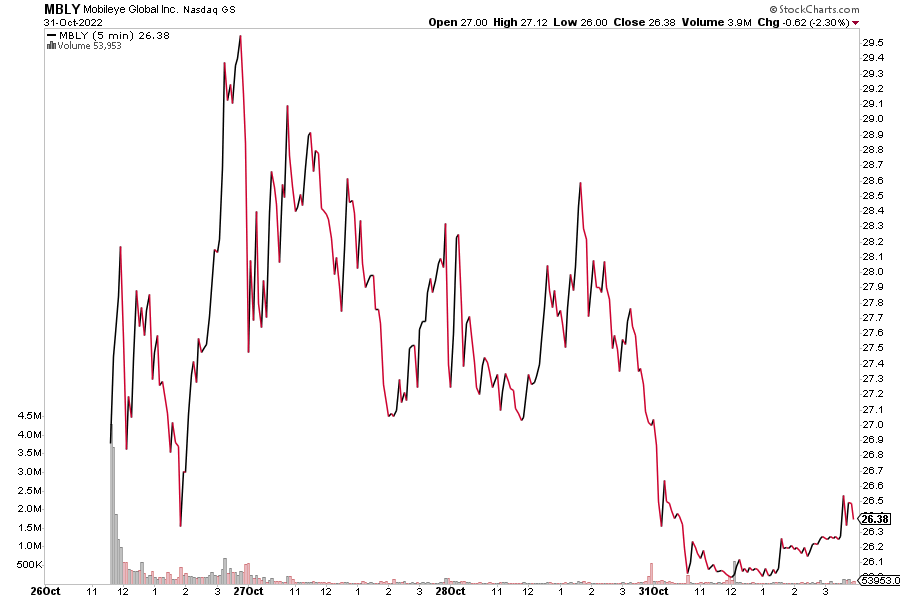 Investment bankers and credit rating agencies are happy to have a suddenly busy spinoff season. With a dearth of IPOs and limited dealmaking amid tight credit markets, several key spinoffs have made headlines. While buybacks and dividends catch much of the press, spinoffs have a history of producing significant value for shareholders, too. Keep your eye out for more market-moving spinoff announcements as CEOs look for creative ways to spark investor optimism.