Treasury ETFs Are More Popular Than Ever Amid Rate Volatility

Investors have flocked back to the safe haven of U.S. Treasurys. Yields across the curve have retreated as fears of a recession permeate the markets. While there’s a debate right now as to what exactly defines a recession, there’s no doubt that growth is slowing, and corporate profits could take a stumble over the coming quarters. The bulls will counter that argument, however, by pointing to a still strong jobs market and a second-quarter earnings season that has fared better than anticipated.

Wall Street Horizon tracks and reports on corporate events so traders can effectively manage risk. Also included in our coverage universe are exchange-traded funds (ETFs). As macro uncertainty continues to run high, many traders play momentum in particular segments of the Treasury market. Consider that volatility among Treasurys is humming along at the highest levels since the Great Financial Crisis, according to the ICE BofAML MOVE Index. Moreover, longer-term investors are now parking cash in short-dated Treasury products. 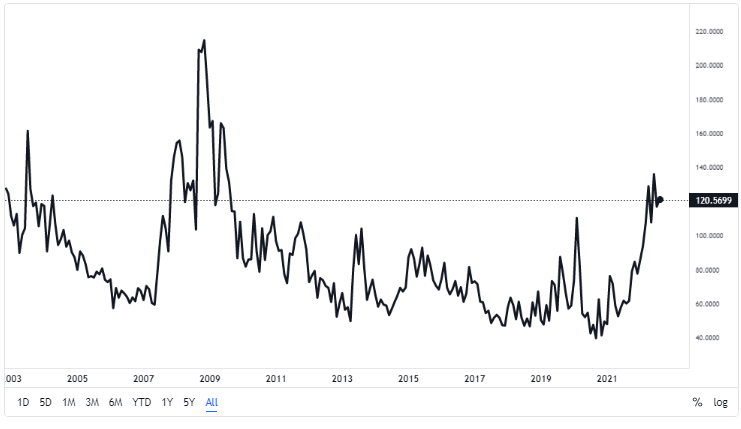 U.S. Treasury ETFs have caught a bid after bond prices hit a low around the June FOMC announcement. Back then, the benchmark 10-year note yield surged to near 3.5% as the Fed was seen as being forced to hike interest rates amid surging inflation. Sure enough, just as the narrative of higher interest rates was entrenched, bond buyers came out of hibernation.

Bonds Rebound as Fears Shift from Inflation to Recession

A popular ETF tracking the entire Treasury market is the iShares Core U.S. Treasury Bond fund (GOVT) - it is the third-biggest Treasury ETF by assets. It notched a closing low on June 14 but then went on to rally nearly 5% to a fresh three-month high by early August. Going back two years, though, the Treasury market has endured one of its sharpest periods of losses ever. After inflation, GOVT is still down more than 20% (total return) from its August 4, 2020, peak. 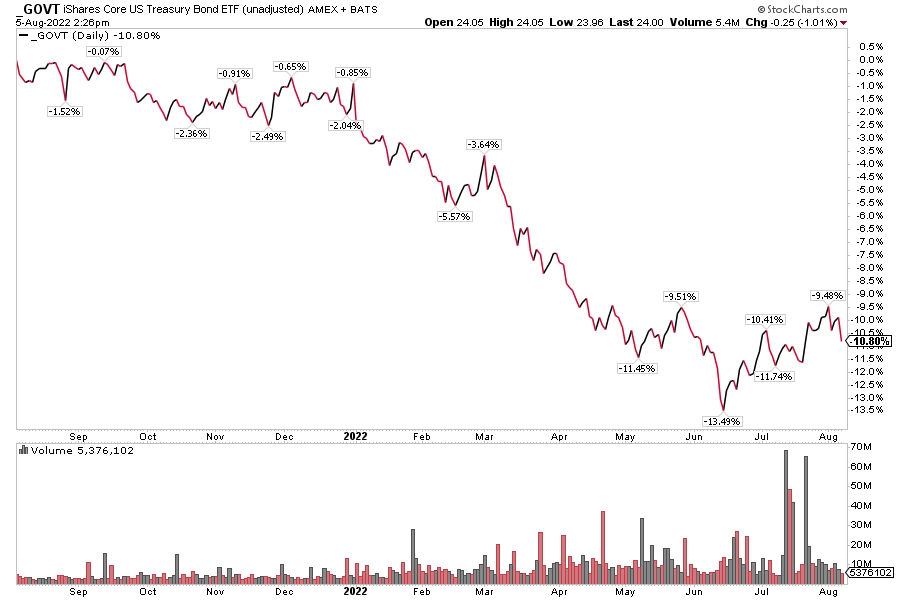 Let’s home in on a particular area of the Treasury ETF market that has caught a major AUM tailwind. For background, short-term Treasurys began to sport impressive yields during the second quarter as the Fed signaled a series of significant policy rate hikes were on the way. 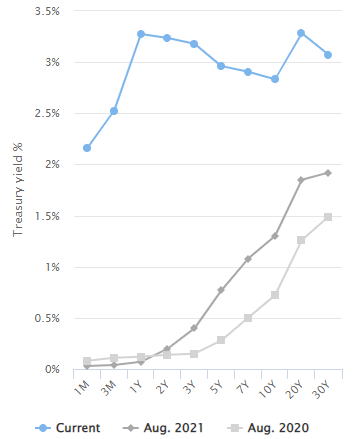 But another niche of the Treasury ETF market has seen a boom: term maturity funds. The iShares’ suite of “iBonds” that have a defined maturity year have been AUM winners over the last year, according to ETF.com. What’s interesting is that the 2030 and 2031 years have seen the largest percentage increase in assets. Not surprisingly, that part of the curve has come in the most as the 10-year note yield fell almost a full percentage point since mid-June.

Investors often prefer a bond ladder structure since it gives the feeling of removing interest rate risk (as holding to maturity ensures that a holder does not experience a price decline). Of course, in today’s investing environment, there is an ETF for that. The iBonds ETFs (not to be confused with Series I Savings Bonds) addresses this behavioral preference among risk-sensitive investors.

With a recession looming (or even in place today), it’s not surprising that the long end of the curve has done the best. In general, when fears of slowing economic growth are top of mind, long-term interest rates drop. Treasurys with the most rate sensitivity are those with the longest durations. Blackrock’s iShares 20+ Year Treasury Bond ETF (TLT) has nearly $25 billion in AUM, second to SHY’s $26 billion. The yield on the 30-year bond peaked in late Q2 at 3.47% and has since pulled all the way back under 2.9%. That yield drop translates into a massive 11% gain in less than two months. Don’t let anyone tell you that bonds are boring. 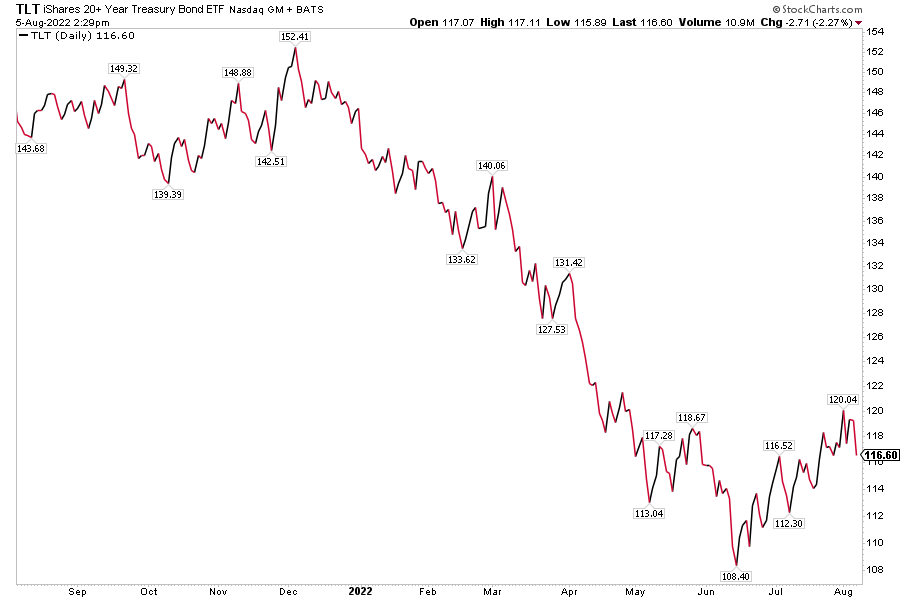 U.S. Treasury ETFs have become a hot trading vehicle. As yields surged during much of the first half of the year, playing short (inverse) Treasury ETFs was profitable. Now that rates have dropped amid slowing GDP growth, long-duration funds are up sharply. Investors, meanwhile, can earn a decent return while taking little interest-rate risk in Treasury bill ETFs.

Wall Street Horizon covers ETFs for our clients along with our award-winning corporate event data for trading and risk management. Institutional traders can leverage and research the most accurate and comprehensive forward-looking corporate and ETF data to better manage portfolio risk. Proper research requires having access to intraday information on new and suspended ETFs, including changes in ETF schedules and distributions, precise dividend dates (ex, record, and payable), and distribution ratios.