The Last Peak Week of Q2 Earnings Season Is Here, Then Come the Retailers

After getting off to somewhat of a rough start with banks and big tech, Q2 earnings began to hit their stride last week. The busiest week of the season did not disappoint, with many names across sectors such as Health Care, Technology and Consumer Discretionary handily beating expectations. Those positive surprises were initially enough to convince investors to take markets higher mid-week, but higher than expected jobless claims killed the rally on Thursday, with impressive nonfarm payrolls able to bring the markets back on Friday ending the week mostly flat.

Better than expected results lead to a 0.7 percentage point increase in S&P 500 EPS YoY growth rate in the last week, which now sits at 6.7%. Thus far 75% of companies are beating estimates, still lower than the 5-year average of 77%. The percentage by which companies are surpassing estimates also remains low at 3.4% vs. a 5-year average of 8.8%. Q3 earnings expectations are trending lower as well, now down to 5.8% from 10.4% on June 30. (Data From FactSet)

Despite an Improvement in Earnings Results, the LERI Reading Worsens

Despite better than expected earnings, the LERI is still at its highest level in over a  year with a reading of 150, surpassing Q1 2020’s reading of 147 which reflects the uncertainty of the first few weeks of Coronavirus lockdowns globally.

A LERI reading over 100 indicates more companies are delaying reports and is meant to be watched carefully. While the LERI reading of 150 is the highest we’ve seen since Q4 2020, it’s still nowhere near as high as we saw in the last three quarters of that year in the midst of the COVID-19 pandemic and lockdowns. Those quarters clocked LERI readings of 1380, 656 and 309, respectively. In any case, a gradual increase this quarter continues to suggest that US companies are feeling uncertain about their future growth potential. In terms of raw numbers, 48 companies have confirmed earlier Q2 earnings dates, while 72 have confirmed later than normal earnings dates. 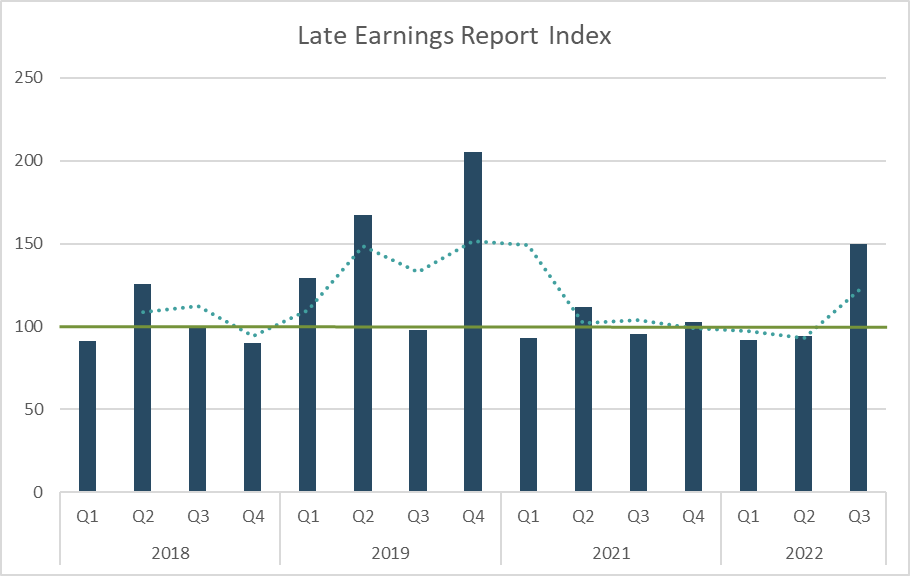 This week marks the last for peak earnings season, with 2,669 companies (in our universe of 10,000 publicly traded names) set to report. Sectors in focus will be Industrials, Health Care and Consumer Discretionary. 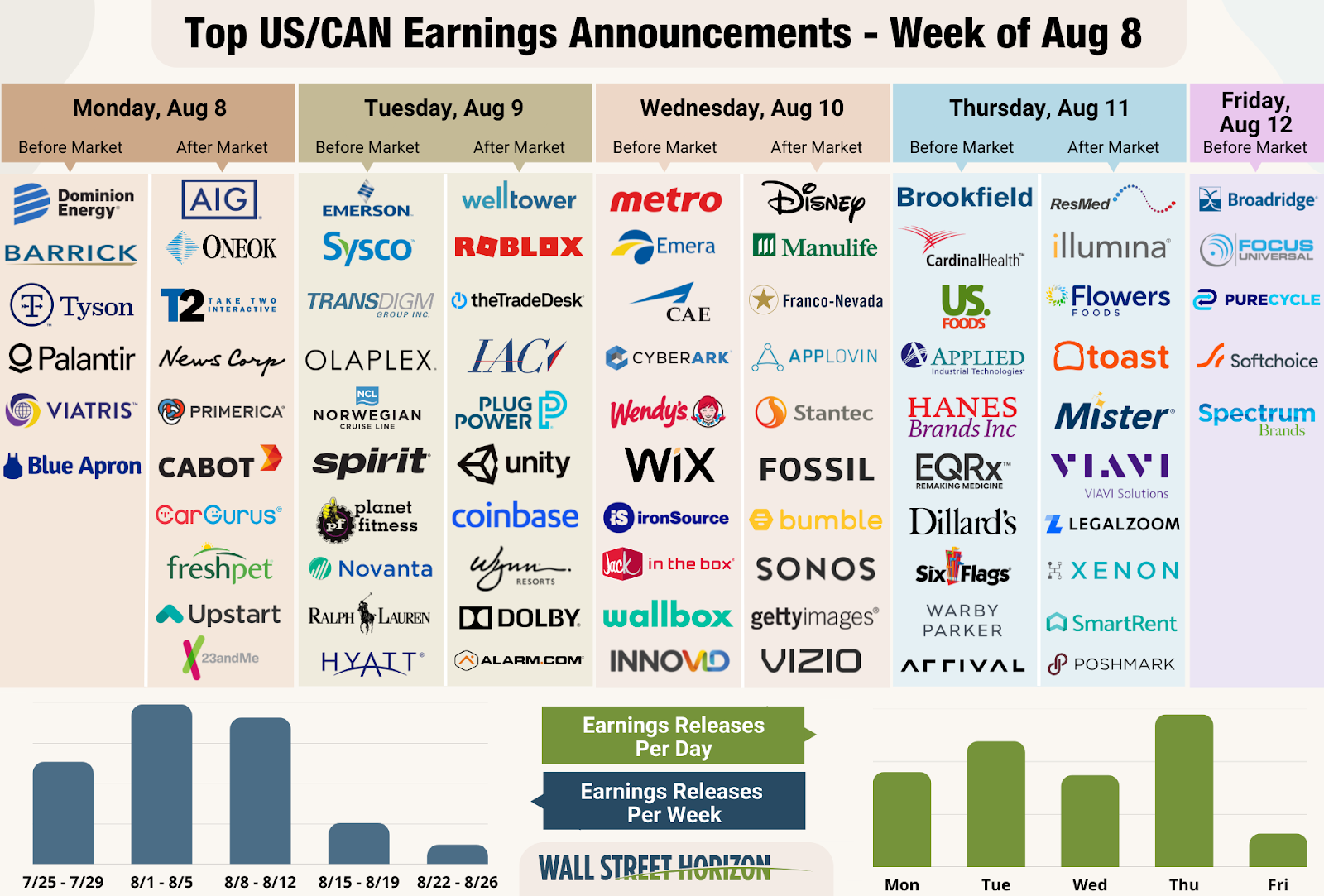 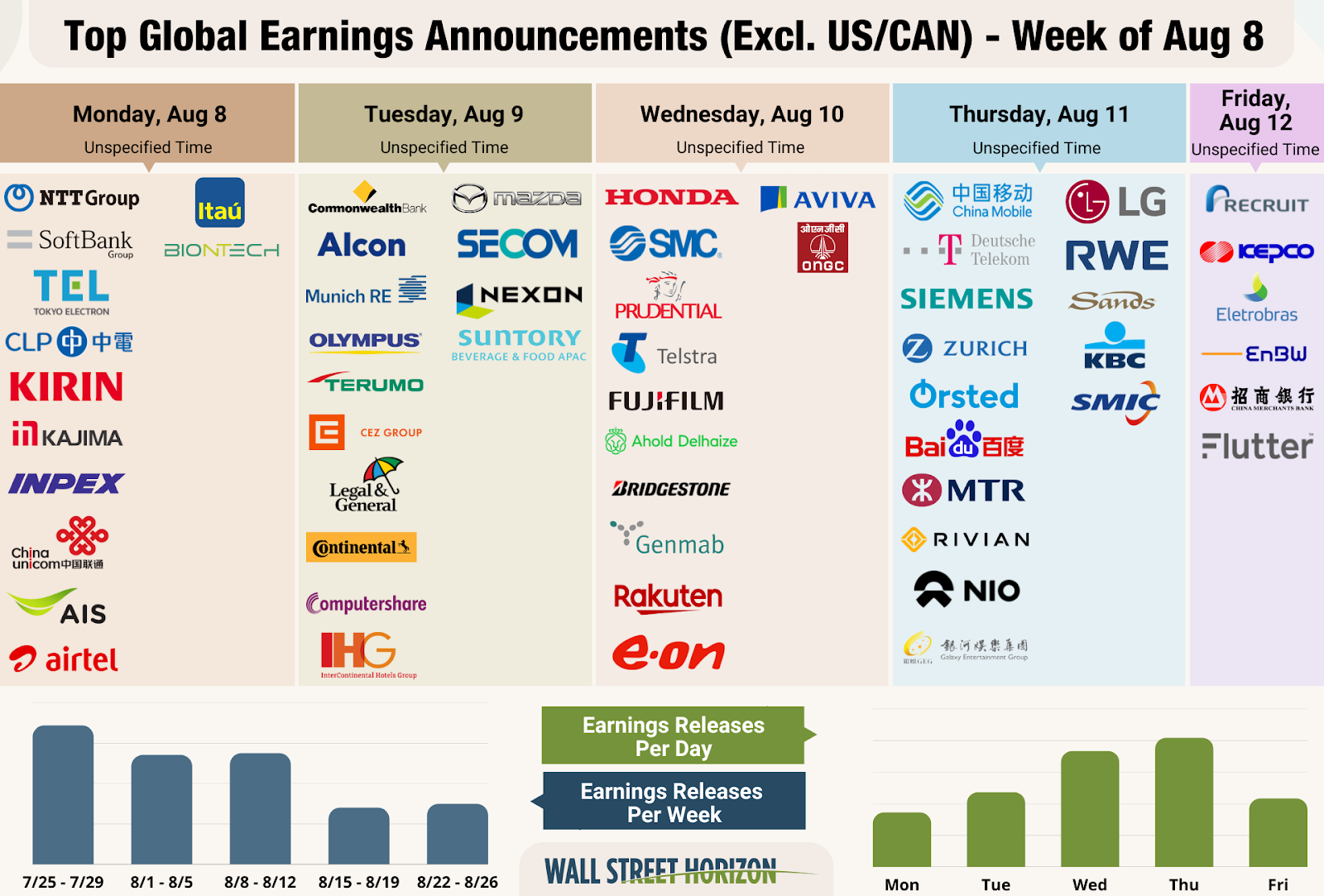 It’s important to note that Spirit Airlines also has an off-trend earnings date ahead of their report. The confirmed report date of August 9 is over a week later than the estimated report date of July 27, however that is likely due to the upcoming merger with Jetblue. It is often the case that M&A activity leads to changes in quarterly earnings dates. JetBlue also confirmed a later than usual date going into last week’s report. The company ended up missing estimates on the top and bottom-line.

TTWO typically reports fiscal Q1 earnings on the first Monday in August. On July 11 the software company confirmed they would report FQ1 2023 results on the second Monday of the month instead. Their report comes on the heels of peers Electronic Arts and Activision Blizzard, with both beating revenue estimates, but EA only coming in-line with EPS estimates. Both names showed YoY declines on the bottom-line.

This marks the last week of Q2 peak earnings season with 2,669 companies anticipated to report. Roughly 80% of companies have confirmed at this point (out of our universe of 10,000 global names), with 51% of those names reporting already. 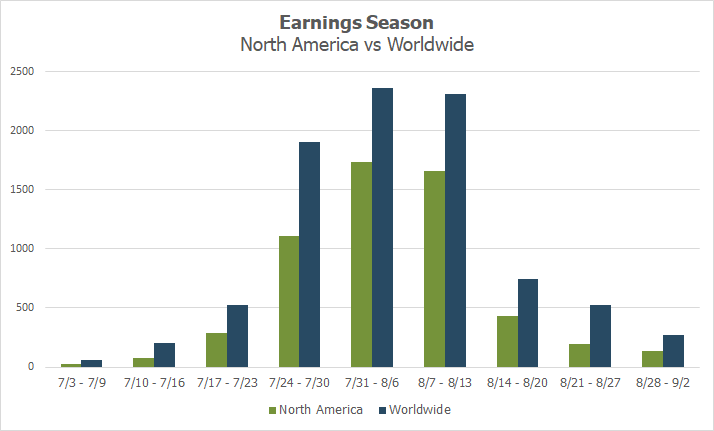