After another mixed week for second quarter earnings, S&P 500 EPS growth remains unchanged from the week prior at 6.7%. Only 6 of the 11 sectors are reporting YoY profit growth, with Energy being the largest contributor due to high oil prices during the quarter. According to FactSet, if the Energy sector is pulled out, S&P 500 EPS growth would actually show a decline of 4% for the quarter.

While positive earnings results led to some rallies in the last few weeks, it was better-than-expected consumer price index and producer price index readings that got investors excited last week as inflation appeared to soften in July.  CPI rose 8.5% YoY in July, less than expected, and flat MoM. PPI dropped 0.5% MoM.

Now that peak earnings season is over, these last two weeks of the season will be focused on the retailers and should provide an even deeper understanding of how consumers are faring.

With 70% of companies having reported, the LERI is at its highest level since Q4 2020

Despite better than expected earnings, the LERI is still at its highest level in over a  year with a reading of 160, surpassing Q1 2020’s reading of 147 which reflects the uncertainty of the first few weeks of Coronavirus lockdowns globally.

A LERI reading over 100 indicates more companies are delaying reports and is meant to be watched carefully. While the LERI reading of 150 is the highest we’ve seen since Q4 2020, it’s still nowhere near as high as we saw in the last three quarters of that year in the midst of the COVID-19 pandemic and lockdowns. Those quarters clocked LERI readings of 1380, 656 and 309, respectively. In any case, a gradual increase this quarter continues to suggest that US companies are feeling uncertain about their future growth potential. In terms of raw numbers, 50 companies have confirmed earlier Q2 earnings dates, while 80 have confirmed later than normal earnings dates. 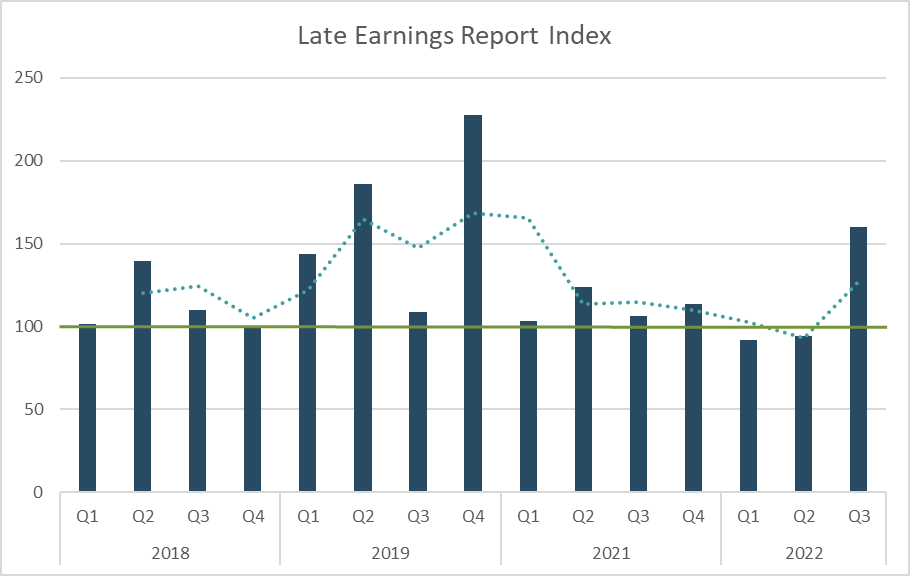 The second quarter earnings season will slow from here on out, but not before we get highly-anticipated reports from the retailers. Next week will focus on big box stores from discounters like Wal-Mart and Target, to home-improvement names like Home Depot and Lowes and bargain retailers such as TJMaxx and Ross Stores. 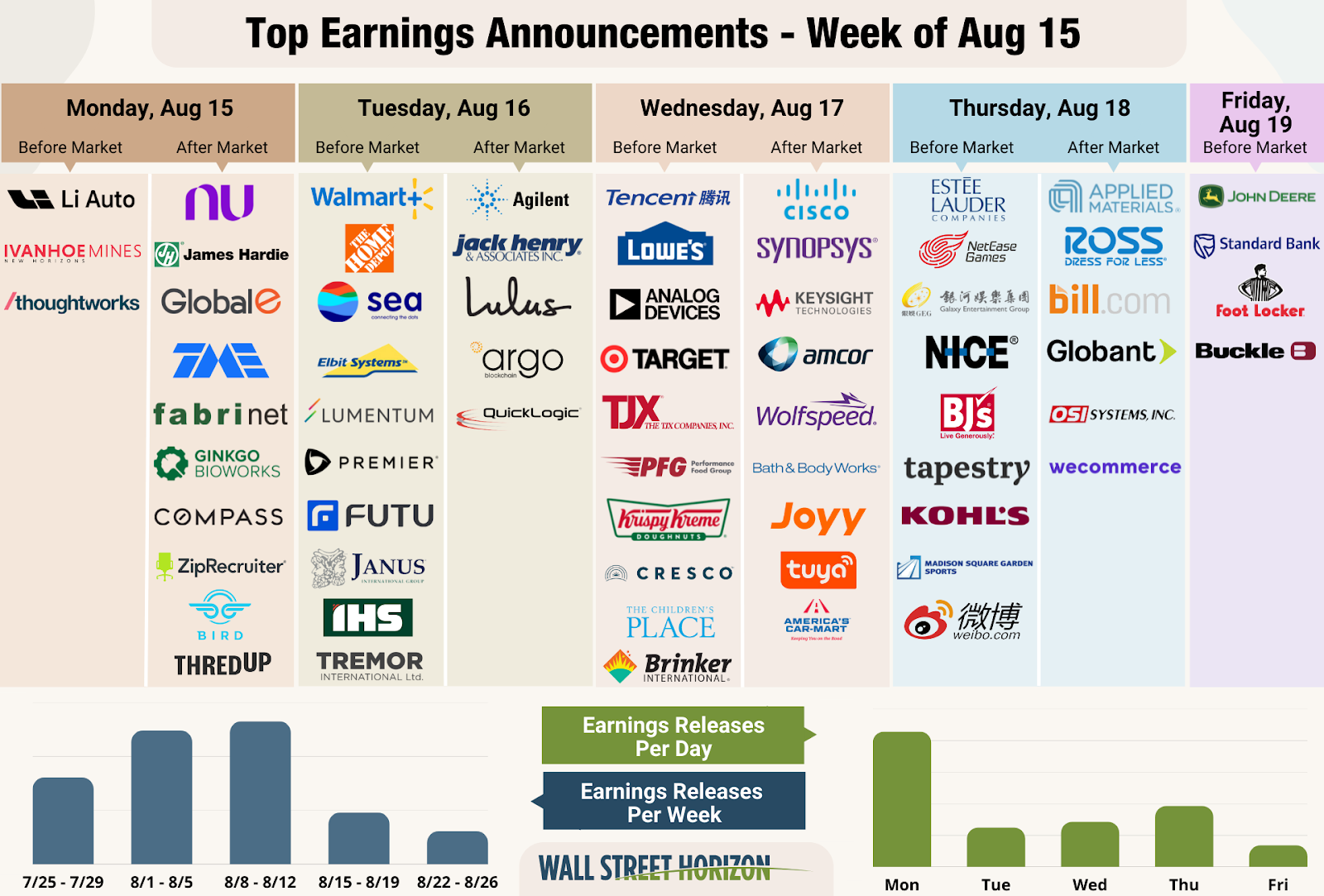 Earnings reports drop off precipitously this week with only 1,020 companies anticipated to report. Roughly 87% of companies have confirmed at this point (out of our universe of 10,000 global names), with 70% of those names reporting already. 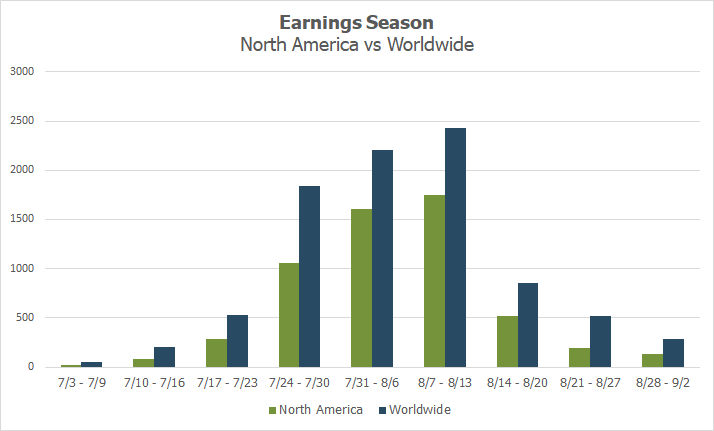