The second quarter is already off to the races, with a ton of optimism priced in. Both the Dow Jones Industrial Average and S&P 500 hit all-time intraday highs today. As vaccine rollouts accelerate, states reopen, jobs return and consumers start to spend on travel and big ticket items, increasing earnings expectations can only help to keep the momentum going.

Next week kicks off Q1 2021 earnings season, the first “apples-to-apples” season when it comes to comparing year-over-year earnings periods that had the impact of the COVID-19 pandemic. Early estimates predict it will be one of the best earnings periods in years, with the blended EPS growth rate from FactSet currently at 23.8%, that would be the highest growth rate since Q3 2018! In fact, that’s even higher than the 15.8% growth rate expected at the beginning of the year… and as we know, historically, expectations weaken as the reporting season nears. Despite COVID cases rising in recent weeks, companies (releasing record high guidance themselves) and analysts remain optimistic, with double-digit profit growth expected for each quarter of 2021.

As far as winning and losing sectors go, we’ve got the usual suspects lagging: Energy and Industrials. On the flip-side, areas of strength will include Consumer Discretionary, Financials, Material and Tech, all closely tied to that pent up consumer demand through products, services, mortgages, homebuilding and more.

Not only is positive corporate guidance at an all-time high, but we’re seeing other signs that companies are feeling bullish about 2021. Some of that comes in the form of early confirmations for shareholder meetings and investor conferences.

April and May are already busy months for US companies as earnings reports peak, but this is also prime time for shareholder meetings, which extends into June. This year, just like the previous years, the peak weeks for Shareholder meetings will be between the weeks of April 19 - June 28. However, we’re noticing companies are confirming those dates months earlier than they have in the last 3 years, a sign that they are ready to get out there, and that they could potentially have positive news to share with investors.

Shareholder meeting confirmations ramped up unusually early in 2021, by the second week of January. In 2020, volume did not increase until February. In 2019, we did not see increased volume until at least March (see chart below). 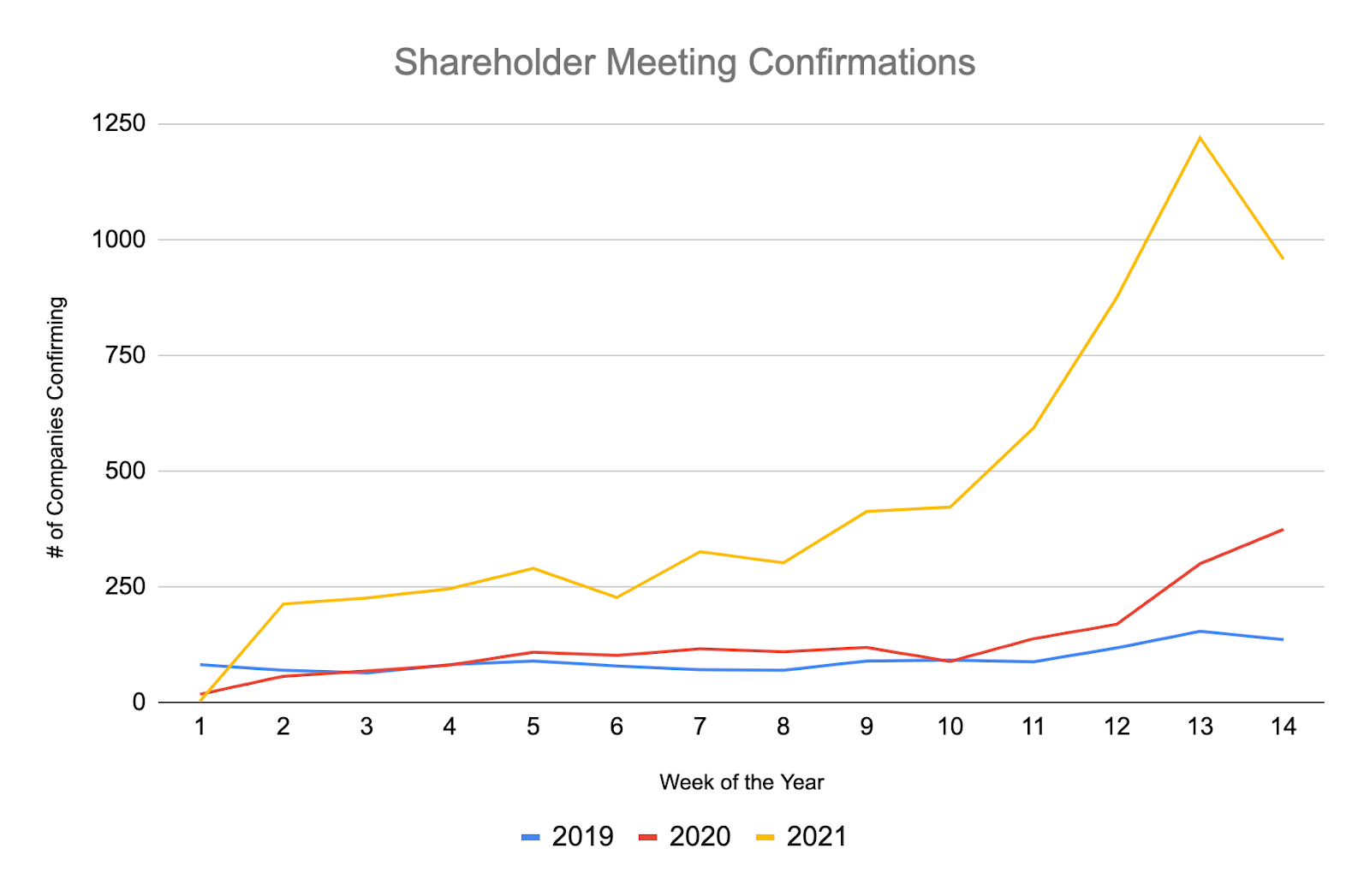 As of April 1, 20% of companies have confirmed their earnings dates for Q1, out of our universe of 8,500+. This is also inline with approximately how many companies typically confirm by this time. So far only 16 S&P 500 names have reported.

The earnings date distribution curve returns to its usual formation for Q1, with fewer but buisier peak weeks and longer tails leading into and out of the season, versus the Q4 earnings season which tends to be more drawn out and evenly distributed.

This season peak weeks will fall between May 2 - May 16, with April 30th predicted to be the most active day with 1,047 companies anticipated to report. Again, only 20% of companies have confirmed at this point, so this is subject to change. The remaining dates are estimated based on historical reporting data. 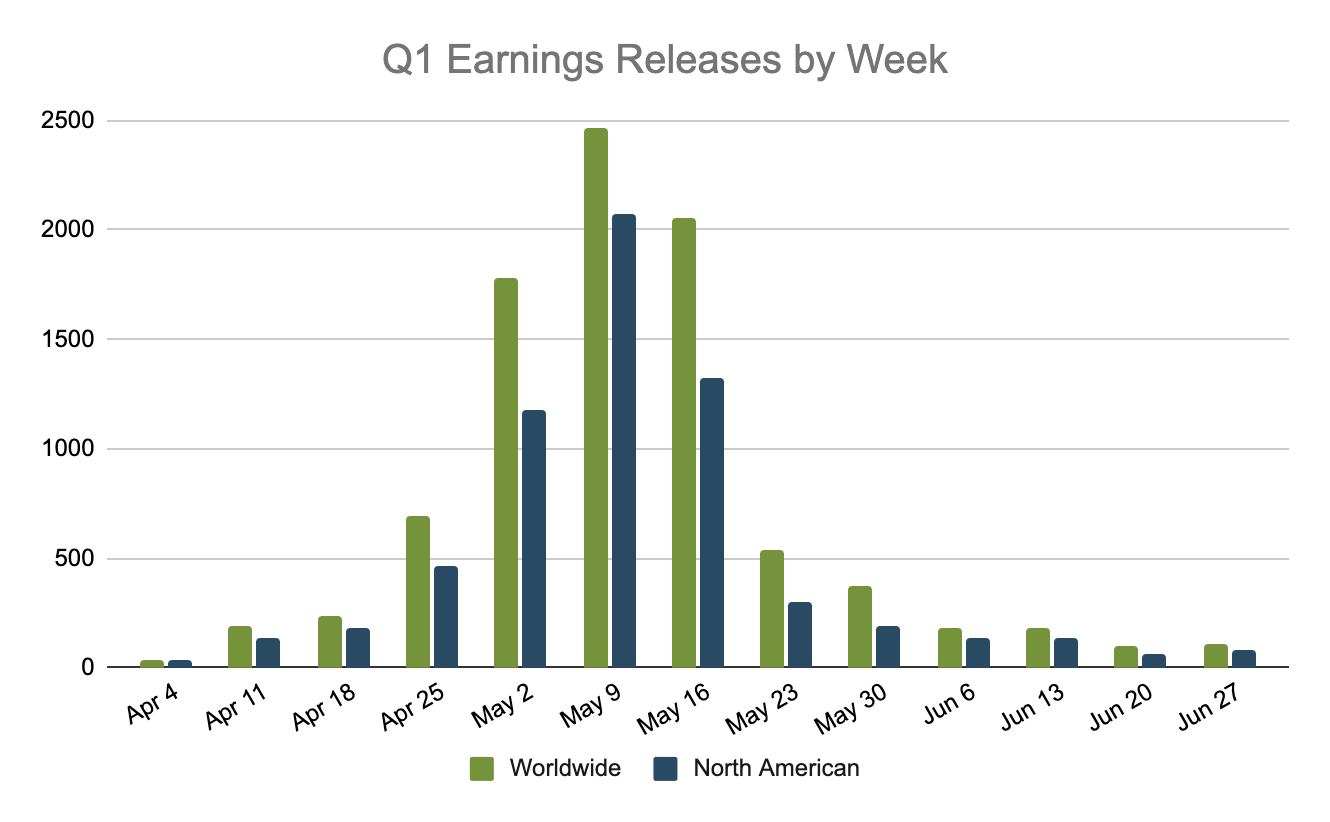 Next week, Q1 2021 earnings season officially kick-offs with bank reports. We will see 192 companies report worldwide, with 134 in North America.