Other names in the Capital Markets industry also suffered, such as Charles Schwab which missed EPS expectations by two cents, and revenues by $57M. Commercial banks continued to decline as well with PNC Financial and Citizens Financial both missing on the top-line. Consumer Finance fared a bit better with Interactive Brokers and Discover Financial Services surpassing expectations for profits and revenue.

One reason for the increase in loan loss provisions for many of the big banks this season is the early signs of consumer credit deterioration as the economy continues to soften, increasing the risk that borrowers will default on their payments. This doesn’t bode well for companies like American Express, which has already alluded to trouble ahead in a closely followed “corporate body language” signal. For the last five years AXP has confirmed their fourth quarter earnings date prior to Christmas. For Q4 2022 the company didn’t confirm their earnings date until January 3, that hesitation suggests the consumer finance giant is uncertain about how upcoming quarterly results will go over with investors.

With the aforementioned misses in the Financials sector, as well as other unexpected results from Procter & Gamble, Netflix, and others, the overall S&P 500 EPS blended growth rate for Q4 fell to -4.6% from -3.9% in the week prior. (Data from Factset)

On Deck for This Week

We’re not quite in peak earnings season yet, but reporting volume certainly picks up this week with 93 S&P 500 companies anticipated to release results. Among the most watched will be Microsoft, Tesla, IBM and Intel. This week also marks the beginning of Energy reports, with Hess and Chevron, the leading sector for fourth quarter profit growth. 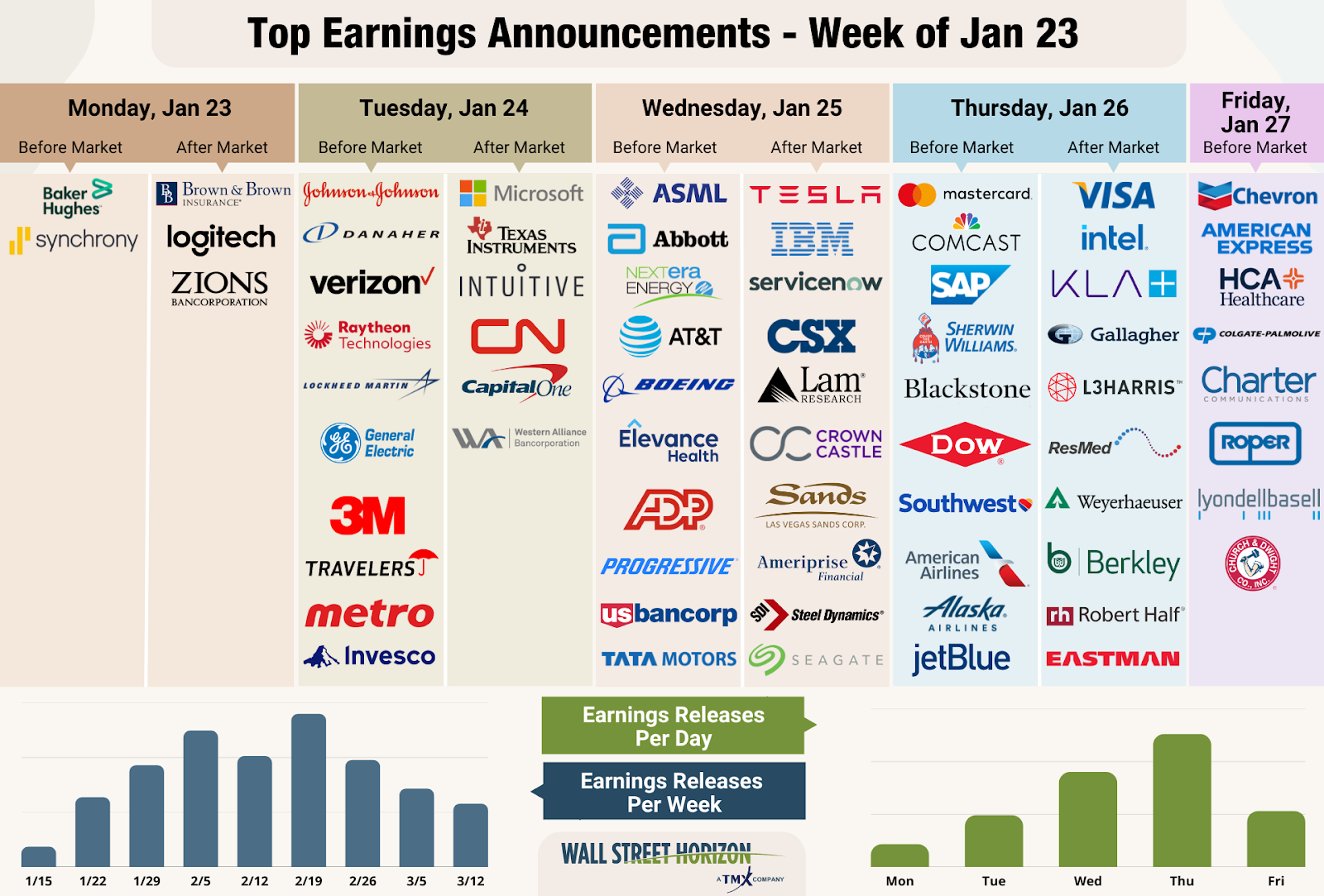 Last week we discussed a couple of names (USB, CSX) that were setting up to report disappointing results this week. In today’s Short List we look at a couple of S&P 500 companies that have moved their Q4 earnings dates earlier, and are therefore signaling to the market that they have good news to share on their upcoming calls.

For the last 8 years, Danaher has reported Q4 earnings in a range from January 26 - January 31. Initially they stuck to a Tuesday report date, but then switched to Thursday in 2020. On December 27 DHR confirmed they would report on January 24, their earliest report date since 2008, and a return to the Tuesday report date. This earlier date suggests that the Industrials giant is getting ready to share good news with the marketplace.

Weyerhaeuser has always reported Q4 results on a Friday, in our 18 years of history on that name. Typically report dates have ranged from Jan 21 - Feb 9, but only two times have they reported as early as they are this year. On December 21 WY confirmed they would report on January 26, early considering their recent reporting history, and also for the first time ever on a Thursday, suggesting the REIT will have good news to share.

This season peak weeks will fall between January 30 - March 3, with each week expected to see over 1,000 reports. Currently February 23 is predicted to be the most active day with 713 companies anticipated to report. Thus far only 46% of companies have confirmed their earnings date (out of our universe of 9,500+ global names), so this is subject to change. The remaining dates are estimated based on historical reporting data. Keep in mind the Q4 reporting season is always a bit more prolonged, typically stretching over 4 or 5 peak weeks rather than the usual three peak weeks seen in Q1 - Q3. 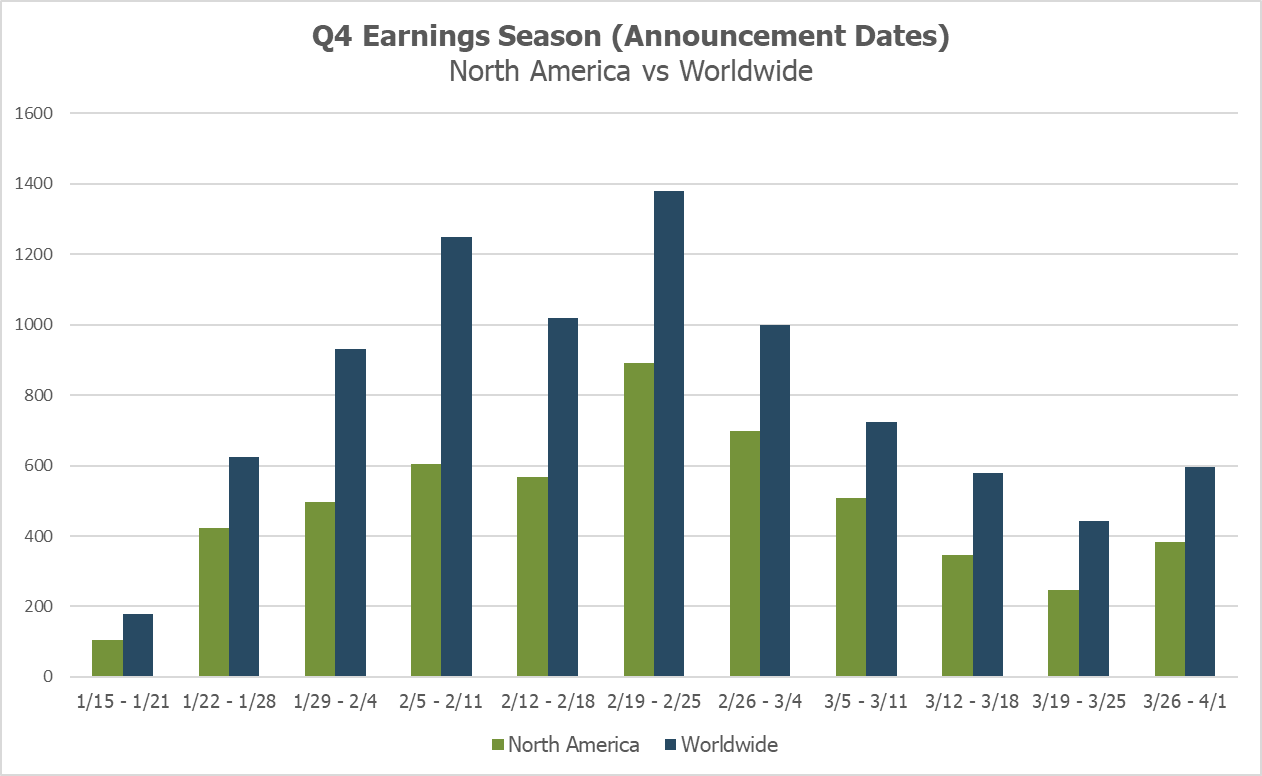 * Wall Street Horizon DateBreaks Factor: statistical measurement of how an earnings date (confirmed or revised) compares to the reporting company's 5-year trend for the same quarter. Negative means the earnings date is confirmed to be later than historical average while Positive is earlier.