Automakers’ Interim Data and Quarterly Earnings in the Spotlight

Second-quarter earnings season is now in full swing. There is much pessimism this go around – a far cry from re-opening optimism and the “roaring 20s” narrative that the bulls hoped for. The reality is that global stocks are decidedly in a bear market and the macro economy appears to be on the brink of recession. Wall Street analysts have begun slashing GDP growth forecasts and S&P 500 earnings projections. Wall Street Horizon highlighted three key themes for the Q2 reporting season: rising interest rates, inflationary pressures, and growing recession risks.

After the big banks posted less than encouraging results on July 18 and the week prior, the earnings landscape was revealed a bit further as other sector heavyweights issued second-quarter profit figures. It is also crucial to hear from firm executives as to their outlook for the balance of the year and 2023. Despite all the negativity permeating the marketplace, both the consumer and the corporate world have strong balance sheets with ample cash. But let’s dig into one spot where we might garner true insights about the consumer and global manufacturing status.

Zooming In on Car Companies

Fasten your seatbelts for a series of key auto manufacturer quarterly earnings reports and monthly sales data. Interim data, such as monthly sales and production reports, can provide more up-to-date information versus a typical quarterly or semiannual report. Only a handful of retailers still provide this sort of press release, but the automakers often make headlines at the turn of each month with their sales data. Looking back, in June, U.S. light vehicle sales fell 17% year-over-year a slight improvement from May, according to data from WardsAuto InfoBank.

No Shortage of Risks

The auto group is particularly fascinating right now because of the possibility of the dreaded bullwhip effect striking the industry. After a severe supply shortage last year and for much of the first half of 2022, possible over-ordering and an impending glut could pressure car companies, though a significant restocking likely will not occur until 2023 or beyond. More near-term, aggressive auto loans issued over the past 18 months, some fear, may result in loan delinquencies. Top and bottom-line results will of course be critical, but so too will be guidance figures and comments from management teams.

The upshot is that the cost to produce a typical vehicle might be on the way down now that so many commodities appear to have peaked in the second quarter.

The Cost to Produce a Vehicle Ticks Down 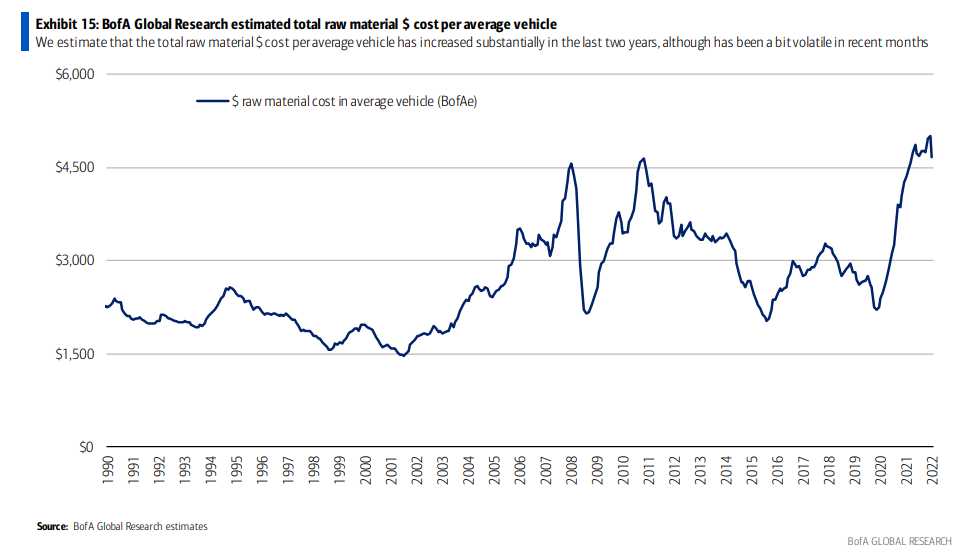 And who doesn’t love seeing prices at the pump retreat? 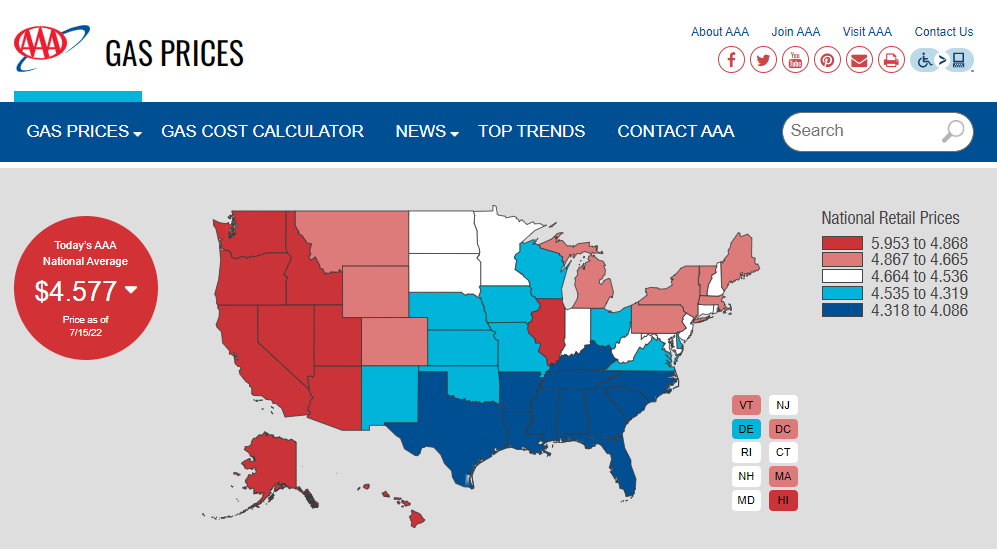 According to Wall Street Horizon data, there is a stretch from July 26 through August 4 during which many original equipment manufacturers (OEMs) issue both Q2 results and July interim data.

Before that onslaught of OEM sales and earnings reports, Tesla has a confirmed earnings issuance Wednesday, July 20 AMC with a call to follow at 5:30 p.m. EDT. There’s no doubt the media will be buzzing around what CEO Elon Musk has to say about not just the electric vehicle company, but also if he will dance around any of the noise regarding his ongoing Twitter saga.

There are plenty of high-frequency data pointing to a consumer slowdown. The persisting supply crunch is also a bearish factor for the big OEMs right now. Traders should pay close attention to key quarterly and interim sales data over the next two weeks along with what executives’ voice on conference calls. Tracking all the important corporate events and data releases is a key component to effectively managing risk.